Having had the benefit of spending a good portion of my years living in New England, I have developed a taste for the mighty crustacean the lobster. And I am not talking about the adorable and well-loved Sebastian from Disney’s “The Little Mermaid.” I am talking about fresh lobster from the coast of Maine. Now there are other places along our eastern shores, but Maine happens to be the largest producing state in the nation of lobster.

I’ve been completely spoiled as in our home, for my dad’s birthday, the standard birthday meal is a beautifully cooked piece of tenderloin partnered with a steamed or boiled whole lobster. My mouth waters thinking of the many birthday dinners over the years with this succulent delicacy. What’s even better is my father has continued to spoil me since my leaving New England by treating me to lobster, even mid-day, when I visit the homestead in Vermont.

It is a very easy thing to prepare, provided you get over the fact you are dropping a live creature into boiling water, but other than that I’d say the difficulty is not in preparation, but in eating. It takes skill to take a whole lobster apart. Whereas many have only been exposed to the broiled lobster tail, there is much more goodness to be had from the whole thing such as the tomalley, the liver and pancreas of the lobster. My dad and I love this atop a Saltine cracker. 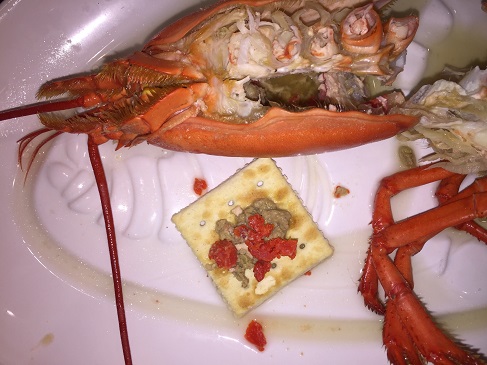 How to Boil a Maine Lobster

When the timer goes off your lobster is done. Signs of doneness, the lobster is a nice red, the antennae easily comes off when tugged, the meat is firm and white, and the eggs if any would be red in the belly along side the green tomalley.

We keep it simple and serve lobster on plate with Saltines and drawn butter. Occasionally, we add a simple cabbage coleslaw as a side and on special occasions we add the steak. Grab your apron, your crackers, and your seafood pick and get ready to eat! 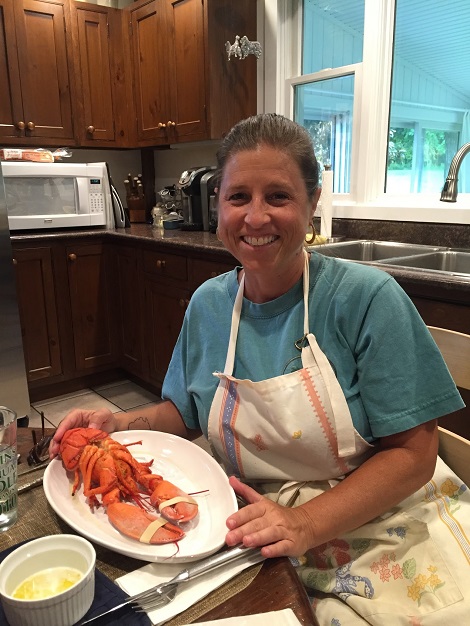