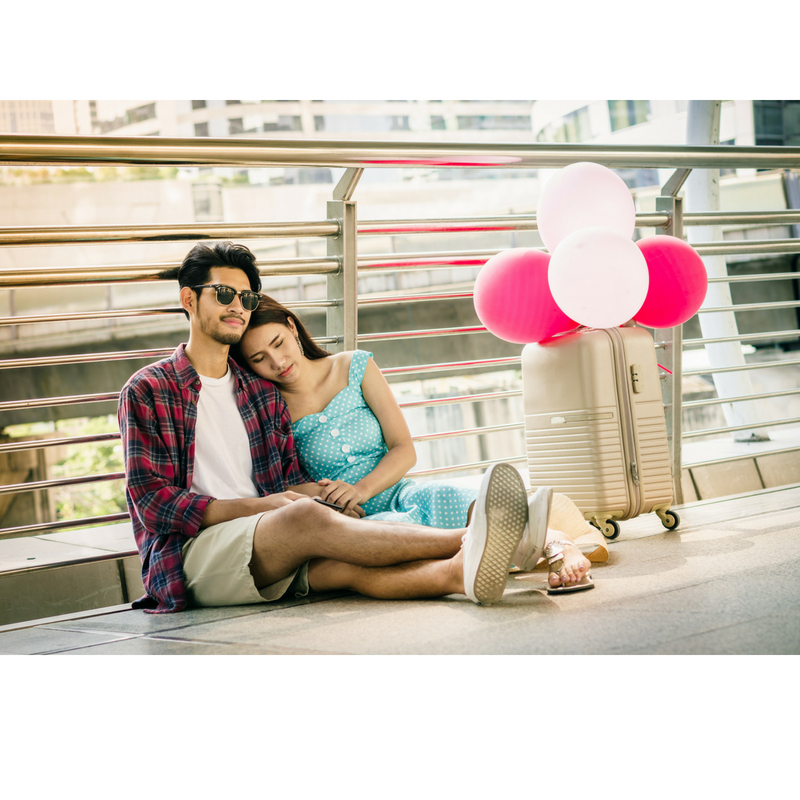 Jet lag,  that wonderful temporary sleep disorder we get when traveling.  It’s caused by the body being out of sync with it’s own clock do to various time zone changes. The more zones you change the worse the jet lag can be.  Some travelers are more susceptible than others, but often everyone feels it to some degree.

Specializing and selling the South Pacific, I’ve gotten quite good at battling this phenomenon for my own travels. I have event written this tip article, “2 Meals, 2 Movies, and a Nap!”,  specifically written for the flights from the West Coast, USA to Australia.  These are things that have worked for me over the years as I have made my way to the South Pacific. Of course, we in the travel industry are always on the watch for something that might work even better.

On my most recent Amazing Aussie Adventure, we were given the opportunity to test or try out for free an app called Uplift.  Uplift works on a scientific premise of being able to reset your body’s clock through the use of pressure points.   It made sense to me as I am know stranger to using pressure points to divert pain from headaches. So the concept that a pressure point could change how the body thinks was something I was willing to give a go.

It’s a very easy application to use and is easily downloaded to your smart phone. I have an iPhone. There is a pre-tutorial video to watch on how the application is used, what information from your trip you will need, and an example of a person locating and using their pressure points.   Basically you will be entering the information from the time zone you depart from and then the arrival zone.  Preferably it is best to do at the airport after landing, but can be done once you arrive at your hotel destination.

For my most recent trip, several of us in the group did use Uplift to see how it worked and if it made a difference. Given I was traveling from Newark, NJ to Perth, Western Australia I actually used the application twice during the flights over as recommended by the company.  I did my first pressure point session when I arrive in Auckland where I had a 5 hour layover.  What was interesting, was that we had different pressure points to use depending on which area we left from. So not all of us had the same points. Mine happened for this first use to be inside my leg above the ankle and my wrist area.  The second use, I did once I was settled into my room in Perth which was several hours after arriving in Western Australia. My pressure points were again different than the previous set.  I had now been traveling roughly 30 hours since leaving New Jersey.  I went to bed about 11pm local time and slept through the night waking just ahead of my alarm at 6am.  I felt great. Got up did some meditation, grabbed a shower and headed up for breakfast.  I was right on track the rest of the trip.

When the trip ended and I headed back to the states, I forgot or neglected to do the first round of points in Auckland, but I did do it back at my condo.  I arrive home on a red eye out of California at 6am my time.  I took about a 5 hour nap upon arriving home and then was up and ready for the day. I even attended a trade event that night.

I can’t say definitively that the application was the reason as I have a tendency to adjust well, but given the quite short length of my trip, only 7 days in Australia and 30hrs of travel time, I think it may very well have helped.  I believe the application runs about $9.99 and might be worth you giving it trial for your next international flight.  Can’t hurt, right? 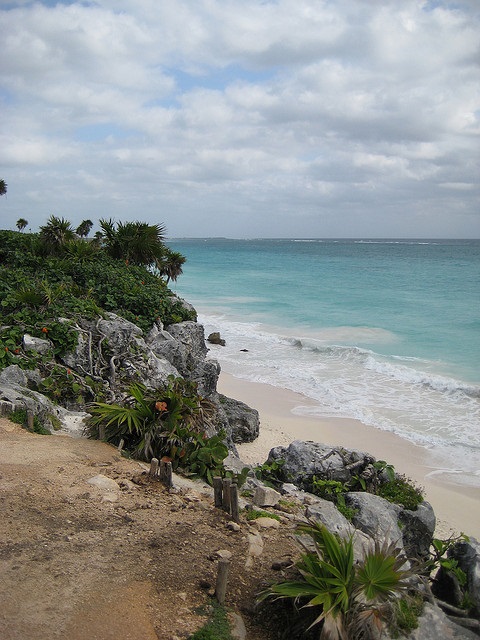 Are you looking for more adventure in your vacation?  Do you enjoy hiking and exploring?  If you answered yes, then you defiantly need to take a trip to Tulum, Mexico and explore the Mayan ruins.   It is a perfect day trip from your resort for those who tire of idly lounging around the pool. Tulum is one of many resort towns on the Caribbean coast of Mexico south of Cancun.  The Mayan Tulum National Park overlooks the sea, and it incorporates the clifftop Castillo, which was built as a watchtower which makes for spectacular views when visiting.

Back in the day Tulum served as a major trading post, trading mainly in turquoise and jade.  It was a walled fortress.  The town served as a major gateway for connecting the Yucatan Peninsula and the Gulf of Mexico.  Tulum means “wall in Maya”, however, it is interesting to know that the original name was Zama, which translated means “Place of the dawning sun”.  The most prominent among the remaining structures is the Castillo, or castle, which is overlooking the Caribbean coast.   In front of the castle is the Temple of the Frescoes, one of the better-preserved buildings. Inside the temple there is a mural painted in three sections. The first level represents the Mayan world of the dead, the middle is that of the living, and the final, highest piece, is of the creator and rain gods.  Just north of the Castillo there is a pathway down to a sandy beach.  A walk along the beach provides ample opportunity for photographs. Taking this walk is an adventure all on its own.  It wraps around and under nooks and crannies carved out of the cliffs, with each turn brings a new, secluded stretch of the Caribbean into view.  This secluded stretch of beach is perfect for both swimming and reflecting on the ruins.

Although you can explore Tulum and the ruins on your own, it is best recommended to do so with one of the many tours that are offered.  A professional guided tour is highly recommended for best information and safety.   You can see just about everything in about two hours at the ruins, so it is very nice that with the guided tours you can combine them with additional other activities to round out the rest of the day, such as snorkeling with sea turtles or doing some zip-lining.  The guided tours in combination with the other activities are also very reasonably priced and make a nice change of pace and opportunity to experience culture while on your vacation.

So, if you have had enough with laying at the pool or walking the beach then consider taking in a little history and some adventure. Tulum is one of many such options. So, plan a day to set aside to visit the ruins.  These day excursions can also be pre-booked and include in your all-inclusive vacation experience making everything seamless once in destination. 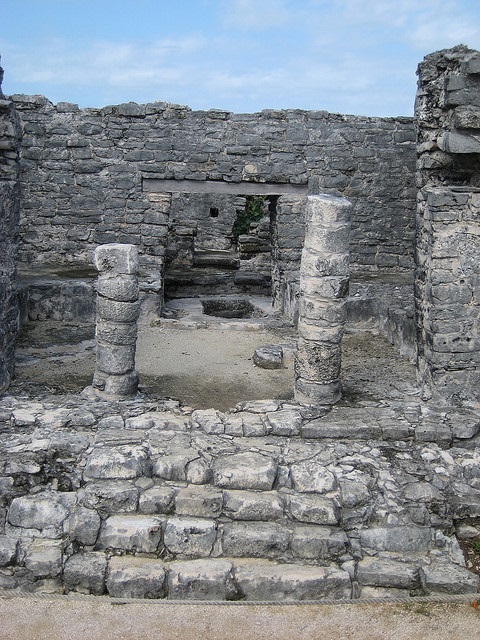 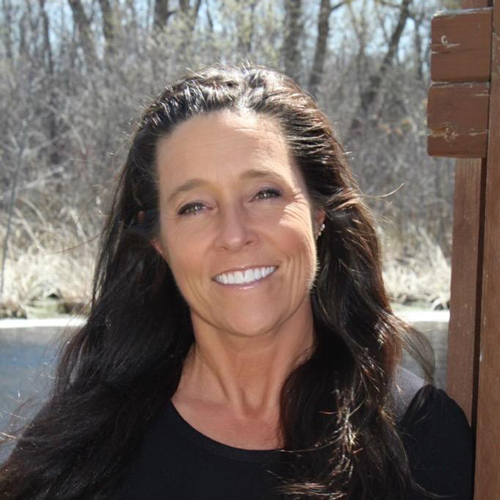 Andrea Ward is an independent travel consultant of Boomerang Escapes, who is based in Wisconsin.

She has been planning vacation escapes for the company since 2013 and specializes in Caribbean Destinations. Her primary focus is on the all-inclusive vacation experience for adult or family getaways for individuals and small groups. Sandals and AMResorts are among the specialist certificates she holds.