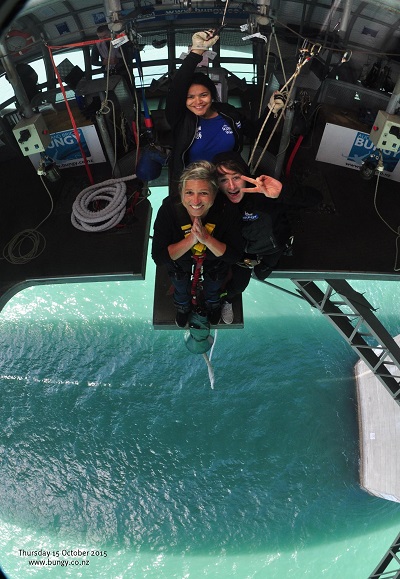 It was a beautiful warm winter’s day in Auckland, New Zealand. My son and I were now about halfway through our Australia/New Zealand adventure. I had been fortunate at the end of 2014 to win a trip from my regular attendance of Down Under Answers webinars. I was the lucky name picked from the draw that December and had decided I would take my son on the adventure of a lifetime as a combination present for his 18th birthday and upcoming high school graduation for May 2016. We planned throughout the first months of 2015 as to what he wanted to do. His big request was for adventure.

He said, “Mom, you can pick some things you like in Australia, but I get to pick what we do in New Zealand.” One of his big dreams was to try Bungy Jumping. He had recently seen a YouTube video of Ian Swain II from Swain Destinations Travel that I had shared on my business Facebook page. As we watched the video, my heart was already in panic mode as I had a major anxiety attack. Heights has been a long time fear. Then there was Cullen, so psyched for this opportunity. In the end, based on time, where we were visiting, and my fear, we compromised to do the AJ Hackett Bungy jump off the Auckland Bridge. Yes, that is right, I said: “we.”

The Auckland Bridge Jump seemed like a suitable jump for me to scare the living crap out of myself. It wasn’t nearly the height of the one we watched Ian do, and it was still over water. It is amazing the things a parent will commit to and do for the love of their child.

So, here we were on this spectacular day preparing for our jump. I kept breakfast that morning to the bare minimum. We had a taxi take us to the bridge office and signed over our lives. The staff was wonderful in hooking us up with our gear and preparing us for what we were about to embark upon. We followed our guide across the street, through a door, and onto the bridge’s metal girdle. Tethered to the bridge by our safety link, we made our way to the waiting platform while waiting for the group ahead of us to finish their jumps. The screams from the current jumpers only added to my already weak knees and sick to the stomach self as I looked over the edge. Then, it was our turn to ascend the stairs to the jumping platform. 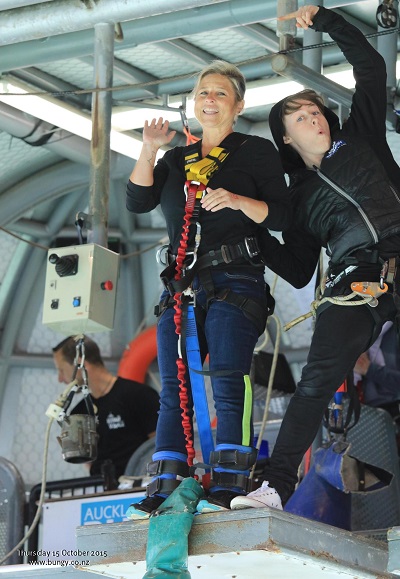 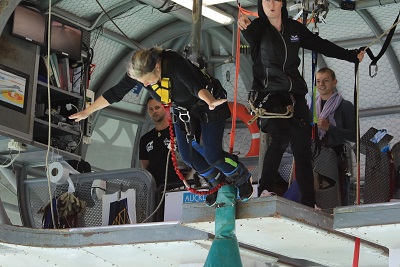 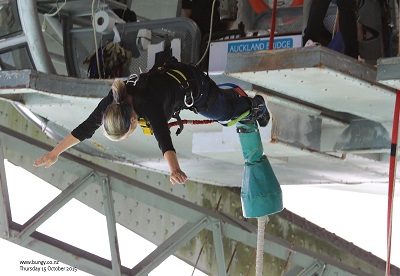 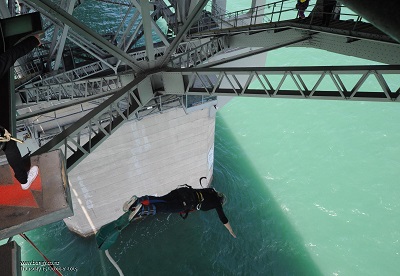 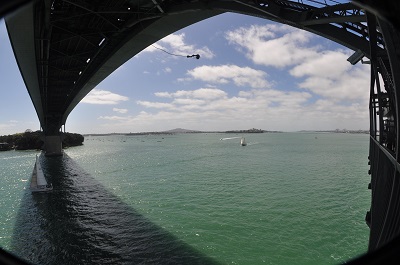 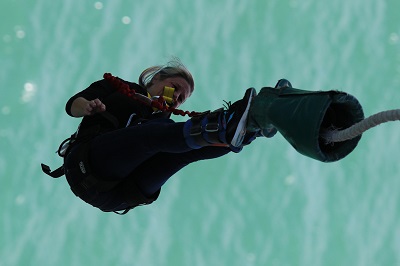 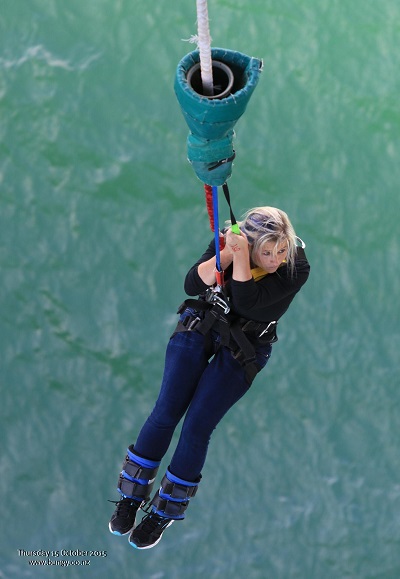 Again, the staff was amazing. Coaxing me through all the ins and outs and latching us into our safety gear. Cullen, my son, would leap first. I was more than happy to let him go but nearly died when he went off the platform. The fear of him not returning from his plunge was almost too much for a mother to bear. But, there he was being pulled up, head soaked, beaming a smile as wide as a mile across his face. He had opted for the water plunge with his jump. Me, I was going to keep it simple and go for the basic jump.

There I was, legs bound, taking my baby shuffle to the edge of the platform. I believe I was literally shaking hard enough to move the bridge. I began to curse Cullen and cry out that I could not do it. Then the jump operator said, “You have this!” “Look up and smile and then just go.” I looked up, said my prayers, gave a waning smile, and then over the edge I went. A blood-curdling scream released from me, and then it stopped. Everything stopped. I was there frozen in time, looking at the beautiful blue water. It was the most surreal moment I have ever experienced. Next was a bounce followed by a swing, and my heart went wild. I made an early release from the leg restraints to bring myself upright and look up to see bridge climbers waving at me. I looked around. I was alive! Still terrified, but I had done it! I had gone off the edge. I experienced one of the most magical moments of my life. Will I do it again? Probably not…well, unless, of course, one of my children asks me to. There isn’t anything in this world that I wouldn’t do for one of them.

And that, my friends, is living on the edge.